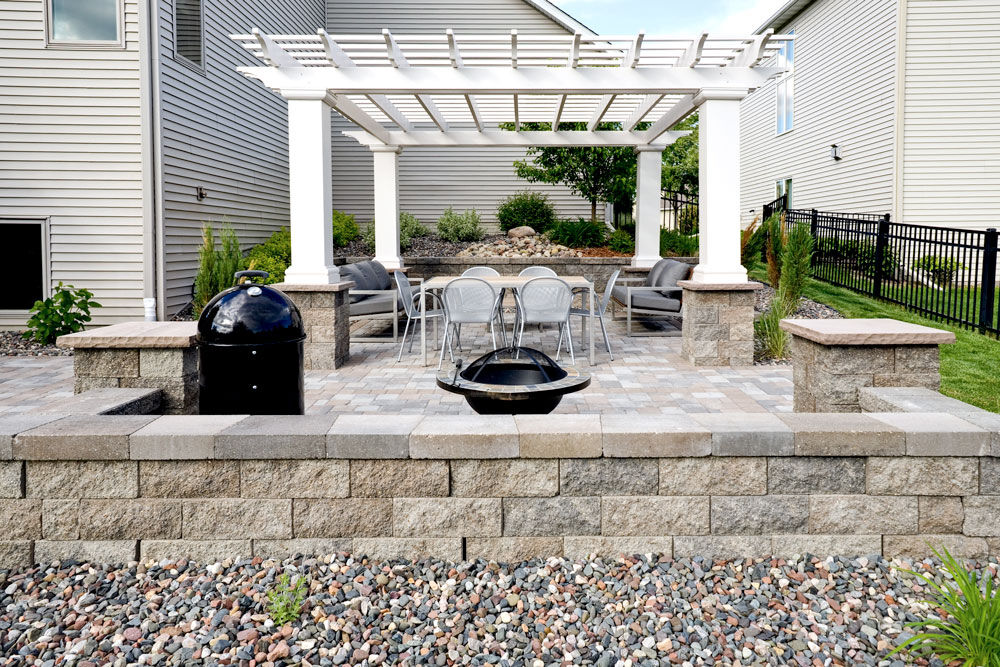 River rock mulch and small plants encompass the patio and incorporate elements of the existing landscaping, into the installation. A very small mulch divider keeps the river rock from being scattered about the yard. The freestanding wall, built with Standard units, adds seating for the fire pit. 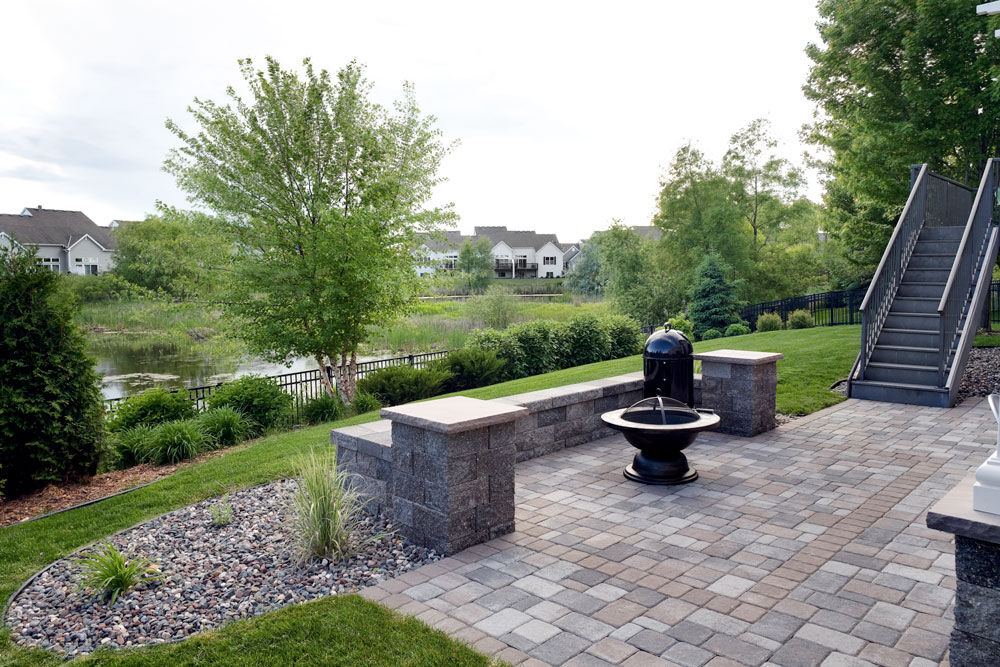 ​ This 395-square foot backyard area in Maple Grove, Minnesota, was built by Villa Landscapes using hardscape materials from VERSA-LOK to maximize the space available and provide a comfortable area for outdoor living. ​ 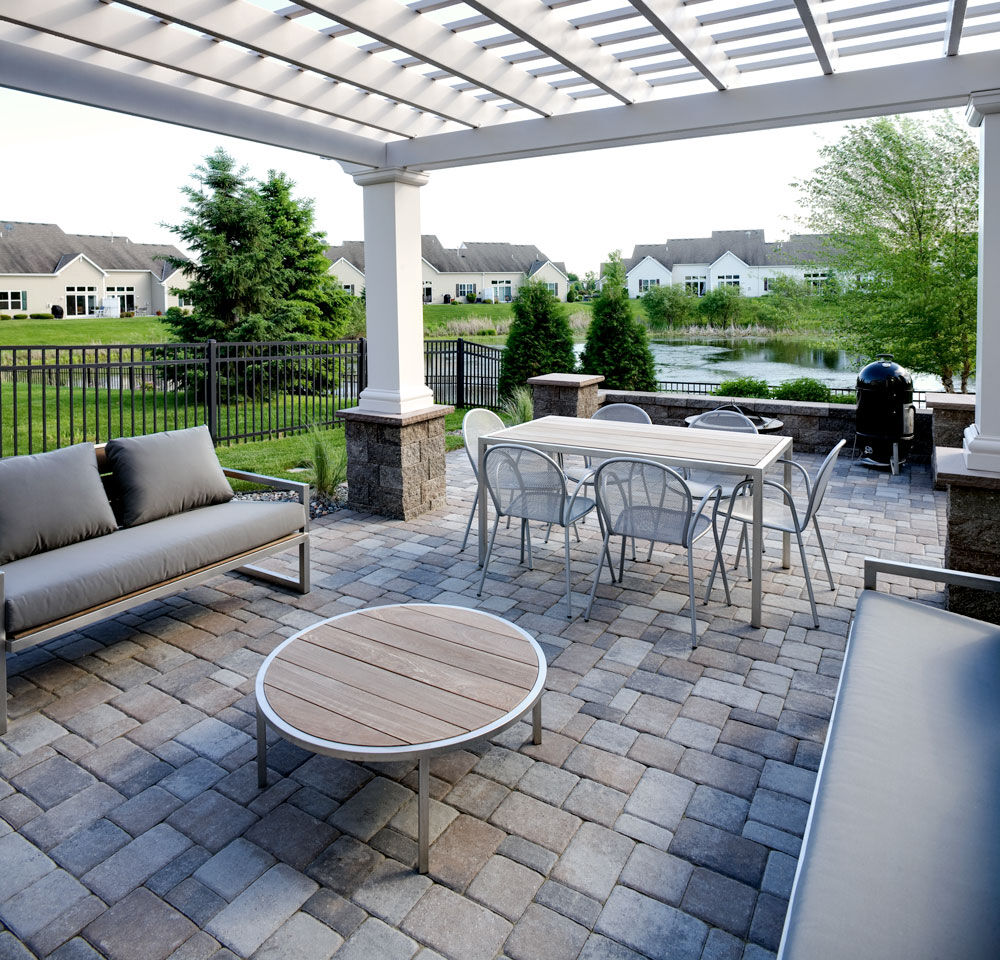 These homeowners wanted to transform their sloping backyard into a more usable outdoor living space but were unsure how to approach the project themselves. “We don’t have a very big backyard, and essentially it’s a hill going down to a pond,” said the homeowner. “We knew we needed excavation to create usable space.” The homeowners discussed their project with Lonny Sekeres, a landscape designer with Villa Landscapes in suburban Minneapolis/St. Paul.

The family wanted separate spaces for grilling and a fire feature, as well as a pergola-covered lounge area. Villa suggested that combining various hardscape products, features and colors could help define dedicated areas within the space. “The family’s main goal was to utilize space behind the garage, which was also a hill,” said Sekeres. “They wanted a space for relaxing or entertaining that was on the ground level, closer to the pond.”

The project included a paving stone walkway off a stairway from an upper deck, and dedicated paver patio spaces for a grill and fire bowl, dining and a pergola-covered seating area. Villa Landscapes’ crew excavated the hill behind the garage so that they could create a level area. VERSA-LOK Standard segmental retaining wall ( SRW ) units in Bronze Blend were used to hold back the remainder of the hill behind the garage and transition the space. Side freestanding walls, created from the same Standard unit, were stepped down to surround the new lounge area. A section between the garage and the wall was finished with river rock mulch to match existing landscaping, and shrubs and a small ornamental tree were planted.

“The Standard retaining wall system was perfect for retaining the soil behind the garage where we excavated to create the lounge area,” said Sekeres. “There are no voids in the units to backfill, and the top-down pinning made installation easy. By back-splitting the units, we could easily create the freestanding seat walls too. Plus, the same SRW unit was used to create columns that serve as a base for the pergola and define the space.”

VERSA-LOK Standard units in Bronze Blend were used to create matching columns to add definition on either side of the seat wall. Natural brownstone column caps that match the color of the paver borders brought continuity into the design colors.