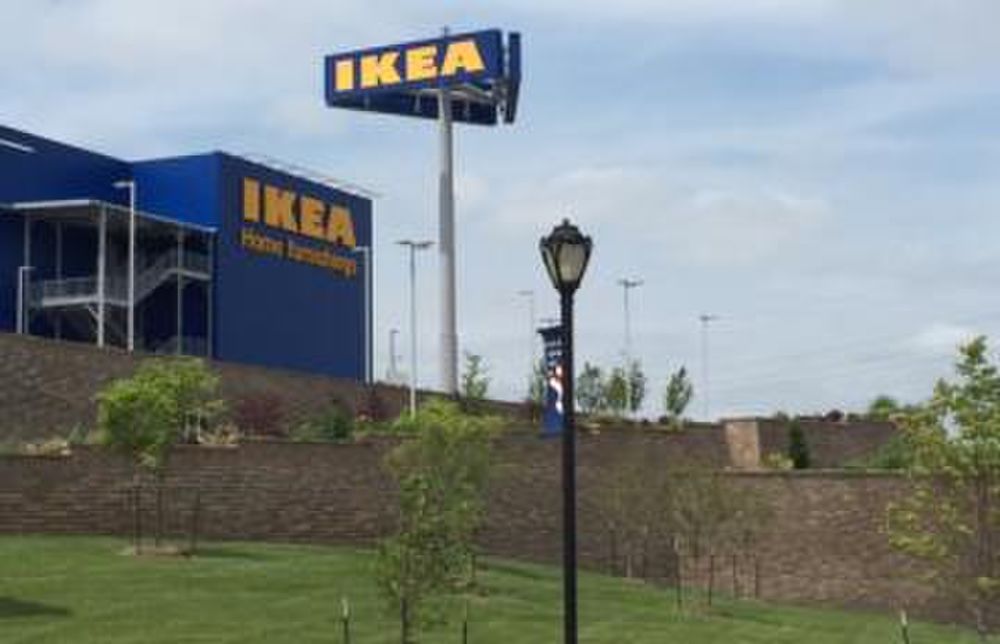 A southern suburb of Kansas City, Merriam is a beautiful town located on Turkey Creek. Developers MDT and Developer's Diversified Realty wanted to create a historic feel for the new mall, calling it "Merriam Village." The location was ideal with 150,000 vehicles passing on I-35 each day, and some 210,000 people with annual household incomes of $72,000 in a five-mile radius.

"The developer wanted the retaining walls to mimic the look of natural stone, and VERSA-LOK Mosaic was a great solution," says Mike Stein, P.E. for Shafer, Kline & Warren, of Lenexa, Kan., which designed Merriam Village. "We were able to give the project an old-world kind of feel, which went well with old-town Merriam, which is in a historic district."

Joseph Roth, U.S. public affairs manager for IKEA, said that careful site selection is key for its distinctive North American stores. "IKEA doesn't open stores very often," he said. "When we do open, it is for the long term."

SKW selected VERSA-LOK for its ease in incorporating design elements on all portions of the five walls in the project, said Stein. The design combined VERSA-LOK Mosaic wall units, with a weathered texture, for the wall face and VERSA-LOK Standard wall units, for architectural details.

The varied design definitely makes the walls stand out. Elements included serpentine curves, terraced walls, columns, fencing and pilaster bump-outs, a signature SKW touch that adds dramatic appeal. Columns are spaced along the entire length of wall, and freestanding columns are joined by aluminum fencing. Two walls that support roadway on the east end of the project were built about 3 feet above grade to create a planter for landscaping that also serves an attractive alternative to a traffic barrier or guardrails along the road.

"Originally there was nothing there but gradual slope, so we put in 40 feet on the north side to make the plateau usable for the shopping center," Stein said. "On the south side, a 30-foot wall is tiered with landscaping, where it supports a police station and patrol car lot. The tallest part of the wall, on the southwest end where there is a car dealership, is at 44 feet and has freestanding columns and fencing." 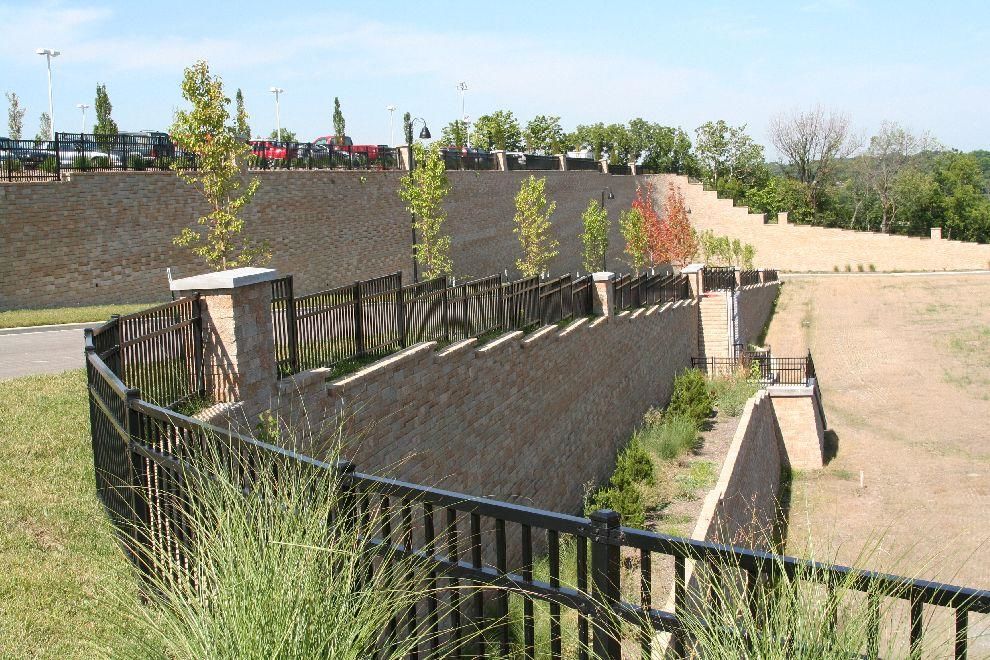