A school district saved tens of thousands of dollars and months of construction time by using VERSA-LOK retaining walls rather than aluminum bleachers to build stadium bleachers at its two high schools. 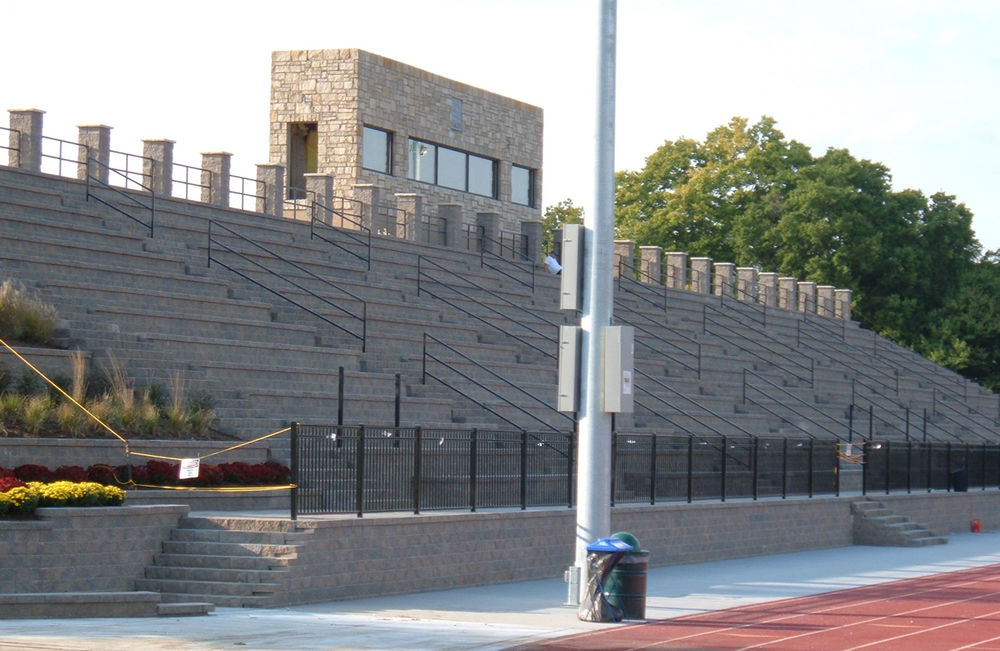 Landplan Engineering of Lawrence began investigating traditional bleacher systems after it was chosen to develop designs for separate stadiums at the two schools in the Lawrence, KS, School District. Then, Capitol Concrete Products, a Lawrence manufacturer, came to their office to give a presentation on using VERSA-LOK for the retaining walls in the project.

Aluminum bleachers could not be completed for more than a year, and by that time, the schools’ football season would be over. So planners began looking at using VERSA-LOK for the bleachers as well as the retaining walls.

Three of the four bleacher sites allowed for the construction of partially terraced berms to support the structures from behind. On the fourth, a near-vertical wall was built for support. The terraced bleachers were built on dirt hills covered with 2 feet of clean drainage rock. As the bleacher rows were added, more dirt was placed and compacted on the hill. Geogrid runs under each seat row.

Bleacher walls were built up before pavers were installed on the seat rows to avoid damage to the pavers during wall construction. Standard VERSA-LOK cap units were used for seating. The center of the bleachers is the high point so water drains in either direction.

Landplan Engineering hopes to build more stadium facilities with VERSA-LOK as a result of this highly successful project.