When a businessman decided to redevelop a vacant 1950s warehouse along the St. Croix National Scenic Riverway, he knew that parking and stormwater runoff would be an issue. VERSA-LOK Standard retaining walls system was selected to make the hill between the street and a riverwalk usable for parking.

Converting an old warehouse into an office building in Hudson, Wis., required the excavation of a slope and the building of a retaining wall to create a much-needed parking lot and to limit stormwater runoff into the St. Croix River, a national scenic riverway, which runs parallel to the property on the other side of the paved trail.​ ​

Each side of the renovated building includes terraced retaining walls for plantings to transition from the street to the parking lot. A series of five rain gardens and an infiltration pond were also installed to prevent nearly all runoff from the site from entering the city’s storm drain system. 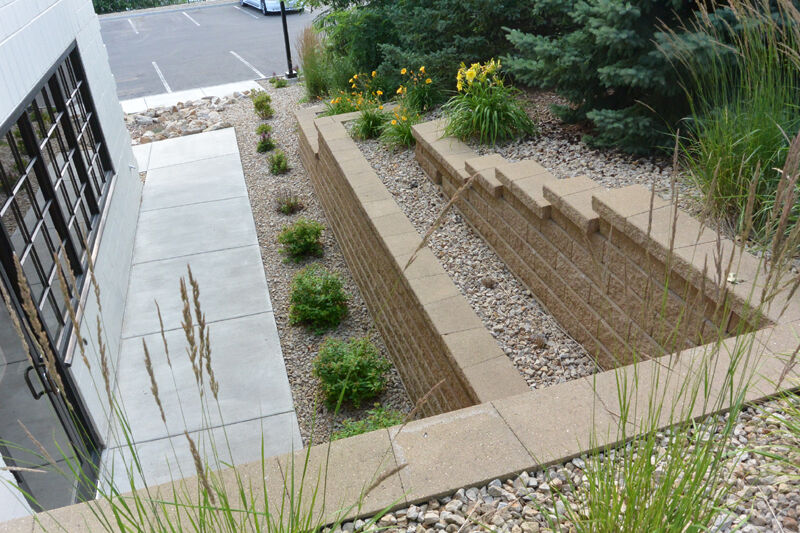 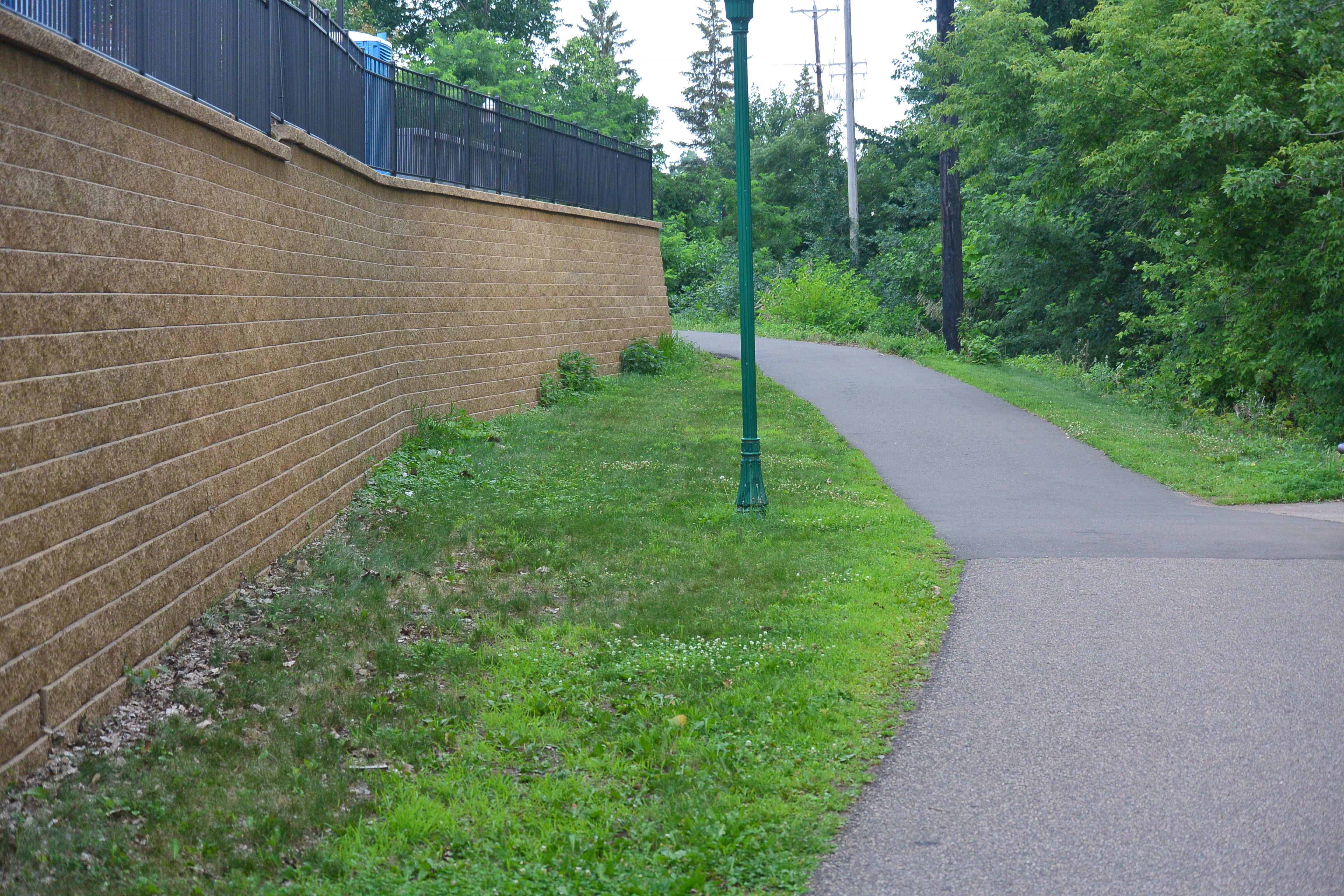 With a city park, library and arts center plus shopping and dining along the lower St. Croix River, historic Hudson, Wis., is a popular destination. So when a local businessman decided to redevelop a vacant 1950s warehouse along the riverway into an office building, he knew that parking, with all the visitor activity, would be a major issue. Because the St. Croix River is a federally protected National Scenic Riverway, some challenges existed in getting approval to redevelop the property, called First Street Station.

Parking for tenants and protecting the waterway from stormwater runoff were two of the biggest challenges for the project. A wooded, paved trail runs several blocks along the river behind the warehouse, which is on the northern edge of downtown, kitty-corner from the library and police department. Homes north of the vacant warehouse all have large, sloping backyards to the riverside trail, and the warehouse is on the same slope as the homes. To accommodate parking, the VERSA-LOK® Standard segmental retaining wall system was selected to make the hill between First Street Station and the walkway usable for parking.

“A challenge was the need for rain gardens and an infiltration pond,” said Paul Schimnowski, of Criterium-Schimnowski Engineers in Mahtomedi, Minn., who provided the P.E.-stamped wall designs for Putnam Designs, a landscape design firm in Hudson. “The excavator was able to re-grade the area so the infiltration pond would be further away from the wall, and the stormwater is controlled by the rain gardens and pond,” he said.

Churchill said: “We used geogrid for soil reinforcement behind the wall because the wall is 10 feet tall at the highest end. Because it’s on a floodplain, it was designed to use 20 inches of drain rock behind the wall rather than 12 inches.”

Schimnowski added: “This solid, pinned system with VERSA-Grid soil reinforcement is a well-proven solution for creating a suitable surface for parking.”

Churchill continued: “The building has some interesting architecture. We tried to play off that with the wall and to avoid asking the city to change the trail too much. The wall is 2 ½” feet from the property line, and on the south end the city’s pathway had to be moved slightly, but we were able to minimize any disturbance to the walking trail. To mirror the architecture, we used 45-degree angles on both the north and sound ends of the wall, which also tapers and finishes the wall off very nicely. We also added tiered retaining wall gardens on the north and south ends of the building.”

He believes that the pin system is superior to lipped SRWs, and this particular product works very well with geogrid. “It’s also very versatile for curves and corners, which I like,” Churchill added. First Street Station owner Andrew Kron told the local newspaper: “The views [of the St. Croix river] will obviously be a bonus. … The fact that First Street Station will have its own dedicated parking will be huge, both for the tenants and the people who visit them. … We are really proud of the way this property will clean any water runoff before it enters the city sewer system.”